Join Roger Dell for an introduction to the aesthetic achievements and ritual practices of the Minoans, a prosperous, seafaring, matriarchal, culture that thrived 3500 years ago on the Greek Islands of Crete and Santorini.   Many scholars believe this highly-advanced society  to be the source of Plato’s Atlantis Myth.  Roger is also leading a tour to Greece, In Search of Atlantis, May 15-28, 2017.

Our 1st Annual WanderWoman® Women’s Vitality Retreat in Maine last June was a wonderful success. The retreat was selected by Epicure & Culture as one of the top 10 Yoga-fusion retreats for 2015. I hope you are able to join us! Email us for our Special Valentines offer!

Above with Anne Chambers & Walter Curley, former US ambassador to Ireland, during last year’s tour. Again in August we will tour Ireland In Search of Pirate Queen Grace O’Malley (Granuaile).  Highlight of the tour is a historical field trip of “Grace O’Malley country” with author Anne Chambers , biographer of the 16th century Celtic Queen.  This year’s tour is full, but we will post next year’s tour details shortly.  Visit the tour webpage to pre-register for 2014.

Join Artist Jacq Baldini on a journey of creativity in Greece! Tour the Peloponnese, visit the islands of Lesvos and Hydra, dance like a Greek, learn Greek cooking in a fun hands-on class, and explore mountain villages on a jeep safari! OPA!  View tour itinerary and details 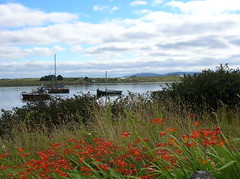 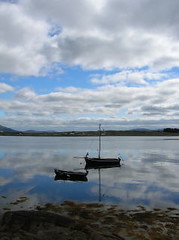 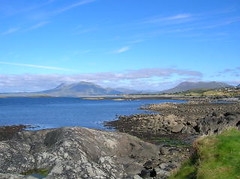